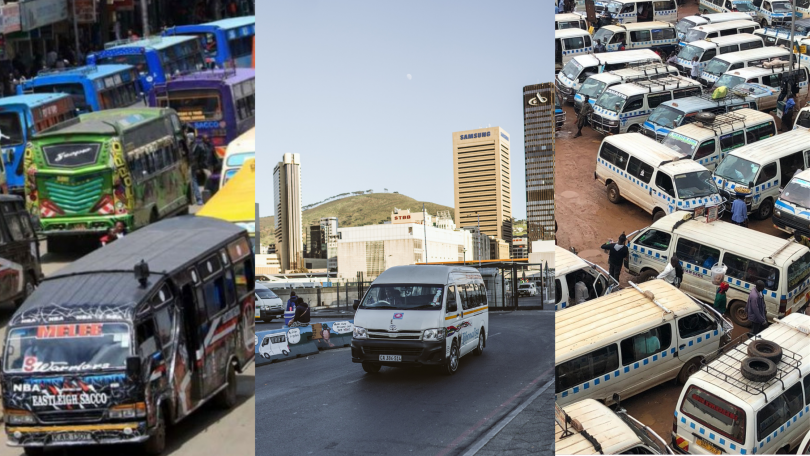 It is not easy to make the case for investment in the South African minibus taxi industry, especially if your dinner guests are mostly private car users who have some time or another been at the receiving end of the antics of a minibus taxi driver on the N2 outgoing in peak hour traffic.

The way in which the minibus taxi industry presents itself is perhaps one of the biggest contributors to the knee jerk policy responses from governments of developing countries in which the minibus taxi industry, or more broadly defined, the paratransit sector, represents the dominant mode of public transport.  This vicious cycle of reinforcing perceptions (and realities), as Brazilian scholar Eduardo de Vasconcellos calls it, unfortunately leads to policy responses based on superficial observations and anecdotal evidence rather than an in – depth analysis and understanding of the workings of the industry.

First we need to debunk some of the commonly held myths about the paratransit sector in developing countries.

Myth 1: The taxi industry is unregulated

Not true, in most sub – Saharan African countries the minibus taxi industry (be that Matatus in Kenya, Dala Dalas in Tanzania or Tros Tros in Ghana) is subject to some form of regulation. In South Africa the National Land Transport Act of 2009 establishes a supply and demand route-based licensing system. It is unfortunately so that not all provinces have maintained their regulatory systems to the same standard, but the mere fact that the authorities can differentiate between legal and illegal vehicles means that the foundations of our regulatory system are still sound.

Myth 3: The Taxi industry is owned by ‘’mafia – style landlords’’ who have no interest in contributing to the improvement of public transport

In South Africa the vast majority of taxi owners are people who have been involved in the public transport sector for a number of decades, i.e. dedicated transport operators who run family businesses and are keen to find the right succession model for their businesses.  We therefore have a good foundation for investment in business improvement.

It is however true that the dominant business model in the minibus taxi industry has not changed over the past 30 years or more. In most cases owners require drivers to pay them a daily target per vehicle and drivers pay themselves after paying for the daily fuel consumption – so owner targets pay for fixed costs such as vehicle financing, licensing fees, insurance, and association fees, as well as variable costs such as tyre replacement, brake pads, body repairs and scheduled vehicle maintenance. Most minibus taxi services operate in price sensitive environments and our work has shown that fare increases are often done in 24- month cycles and moreover in one -rand increments. This means that both owner and driver earnings, battle to keep up with CPI increases, let alone unforeseen fluctuations in the fuel price. Although membership of an association is a legislative requirement for an operating license application, most taxi owners operate as stand- alone businesses, i.e. the purpose and function of the collective seldom transcends the market protection role that the regulatory system attributes to it. Associations are not collective business units, in fact association members compete with each within their assigned slice of the market.

What should government interventions focus on?

Regulation has many dimensions of which consumer protection is one, but in the case of the minibus taxi industry the governance and management of competition is paramount. The National Land Transport Act 2009 establishes a supply and demand monitoring system in accordance with which cities and local authorities (as transport planning authorities) need to undertake regular supply and demand surveys on all public transport routes and make recommendations to provincial regulatory entities on the number of operating licenses to be issued on a route. The political economy of the taxi industry, general administrative pathologies and of course the odd bribe however dictates that supply outstrips demand (especially in the major cities), and that operators compete in an environment of diminishing returns. The significant decline and protracted recovery of post – lockdown travel demand provides both the industry and government with an ideal window of opportunity to right size and improve the supply model. Fears of loss of market share and job losses should be countered by drawing the attention to efficiency gains and driver retention levels. An example of this is a recent taxi operating company formation pilot project undertaken by the City of Cape Town.

In the business improvement pilot -project the City of Cape Town undertook, the proverbial straw that broke the camel’s back was cost of capital (i.e. the need for cyclical fleet recapitalisation and the concomitant amortised cost of vehicle financing). The cost of a new Toyota Quantum Bus is now in excess of R 600 000 and that of the popular Ses’fikile just short of R 600 000, interest rates charged to taxi operators could range from prime (in the case of well- established fleet owners) to as high as 28% in the case of a large number of owners who are regarded as high risk borrowers. This means that for many owners who finance their vehicles over 72- months, their monthly repayments, including vehicle insurance, are in the region of R 15 000. The government’s extended recap program makes a limited contribution to the real cost of regular fleet recap, causing owners to stretch the economic life of their vehicles with detrimental effects on passenger safety, operating costs and the environment. This presents a significant space for government to step into, and to, (perhaps via an appropriate development finance institution), provide affordable vehicle financing options to the vast majority of minibus taxi operators who provide an essential service, but are treated as high risk borrowers by main stream financial institutions. This option (as a systemic way of reducing the fixed cost structure of the industry) should enjoy preference to the notion of operating subsidies.

The efficiency of any transport operation is inextricably linked to its depots and overnight staging areas. Just like Lewis Hamilton needs a top -class pit crew to win the race, the bus and taxi operator needs a one- stop fuelling, tyre replacement and maintenance facility to keep the wheels turning. In addition, well designed and well – located safe overnight staging areas play a big role in reducing dead millage. If the role of government is to provide the plate on which the public transport dish is served, government funds should be directed at providing supporting infrastructure to the minibus taxi industry on terms and conditions that will ensure the longevity of the infrastructure.

We are living in a time of rapid changes in technology. There are a number of areas in which technology innovations are changing the face of public transport as we speak. These include electronic fare management systems, electronic fleet management systems, passenger information systems, e – hailing systems and fleet energy systems. By and large the paratransit sector appears to be disconnected from technology innovations or at least slow in the uptake of technology. One notable exception is Rwanda where the introduction of electronic fare management and e–hailing systems have been used as an integral part of the paratransit formalisation process. This clearly points to another space in which government as well as the private sector could play an investment and capacity enhancement role.

Investment in supporting infrastructure, fleet recapitalisation and technology will not be sustained if government does not also invest in the development of the human capital that leads and drives the minibus taxi industry. An extensive capacity building program that the City of Cape Town invested in between 2015 and 2017 for example, focussed on topics such as company law, labour law, strategic planning, business planning, transport operations management, facilities management, financial management and human resource management. Just like any other successful entrepreneur the minibus taxi operator needs to master the knowledge and skills that will allow him to break out of the doom loop of the daily target and to step onto the centre stage of public transport improvement.

For too long the limited seater minibus taxi has been used to do the work of higher occupancy vehicles. The spatial form of the South African city means that one-way trip distances of 30 – 40km (think Khayelitsha to Cape Town or Mamelodi to Menlyn) are the norm for many public transport users. For the minibus taxi operator this means a 60 – 80km return trip in the morning or afternoon peak during which one leg of journey maybe run with an empty vehicle. Governments’ response should be to allow minibus taxi operators who provide de facto trunk services, to bring higher occupancy vehicles into service and evolve the current regulatory model into a properly designed trunk / feeder / distributor system operated by the taxi industry.

Nico McLachlan is the managing director of ODA and has 27-years experience as an advisor in the field of business strategy and managing complex, large-scale change processes. He is specialised in public transport reform and dealing with paratransit sector empowerment and has worked across the African continent including South Africa, Kenya, Rwanda, Ghana, Uganda and Namibia. 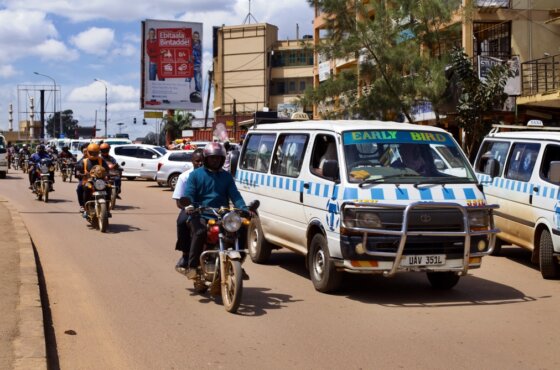 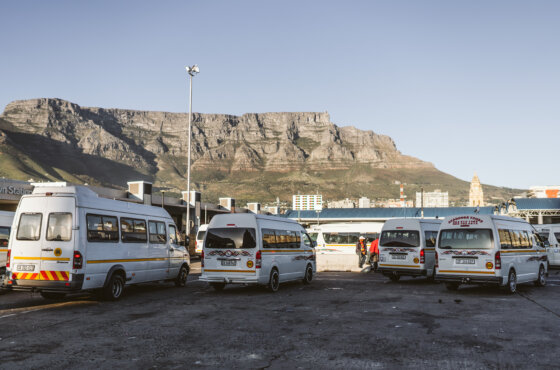 The paratransit sector as a partner in change 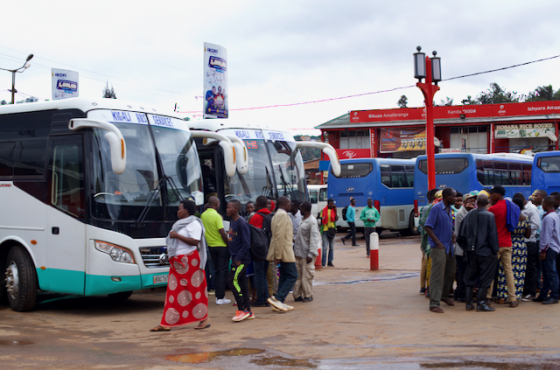 Converio is a clean and clear multipurpose responsive WordPress theme. With Converio WordPress theme you can build beautiful and modern sites to promote any business or service fast and easily.

On 31 December 2019, the World Health Organization (WHO) reported a cluster of pneumonia cases in Wuhan City, China. ‘Severe Acute Respiratory Syndrome Coronavirus 2’ (SARS-CoV-2) was confirmed as the causative agent of what we now know as ‘Coronavirus Disease 2019’ (COVID-19). Since then, the virus has spread to more than 100 countries, including South Africa. Emergency Hotline: 0800 029 999 WhatsApp Support Line: 0600-123456